The Manchester scene in the late 80s radiated from the Hacienda. It was a place which grew to be a breeding ground for the likes of Laurent Garnier and Chemical Brothers and in the Summer of Love the Hacienda had a theme tune called Voodoo Ray. It was A Guy Called Gerald’s first release in 1988 and became a seminal classic that put British house music firmly on the map.

Gerald’s visions, his stylistic versatility and open mindedness had a huge influence on the development of global dance culture. Very early on, he experimented with acid house and helped pioneer the style that was later called jungle and drum’n’bass. His collaborations stem from Frankie Knuckles, Goldie, Finley Quaye and Derrick May through to Herbie Hancock, remixed for David Bowie, Lamb, Stone Roses, Black Uhuru, Can, Tricky, Roman Fluegel and The Orb and toured with New Order, Tricky and Bebel Gilberto.

We’re welcoming The Godfather of Acid House back to Good Room on October 14 where he’ll be bringing pioneering sound to the dancefloor with a live set (tickets available here). We asked him to share some of his inspirations and latest music ahead of the French Kiss presents party.

Chick Corea – The Slide on the Tap Step album coz he is playing some bad ass minimoog and if you are into the dimension of dance music for dancing you will understand.

Dead or Alive: if you could pick anyone to dance at one of your parties who would it be?

The Rock Steady Crew and The Wright Brothers.

Has the industry changed for better or worse since you started playing/making music?

It’s changed for the better. I think getting rid of the pony tailed A&R guys from the major labels is a good thing. I think there is still a lot of bulllshit but at least you can build your own system and sell your music directly. You may not go big time but you can afford to be unique and still have appeal.

What would be your last meal on earth and to which soundtrack?

Before I travel with Elon Musk to Mars I’ll have a Japanese kaiseki dinner and listen to Romantic Warrior by Return to Forever and then No Mystery by Return To Forever.

Could you share five tracks you’ve been digging lately…

New track of mine I’m digging because it’s got everything in it I’m not getting from anywhere else. 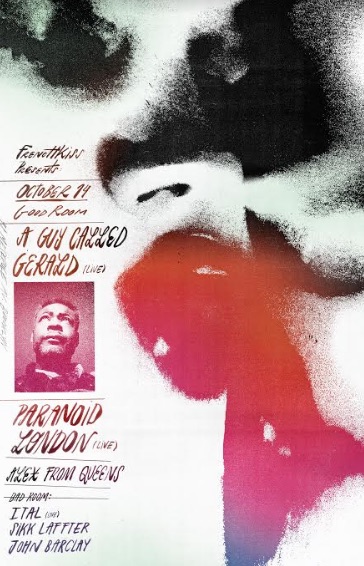